We are launching the IXmaintenance series of posts introducing the daily life of our Technical and Operations team.

Being one of 3 fully certified datacenters in Russia, IXcellerate  engineers ensure our facility is up to speed and operating at optimal levels 24x7x365. This week commences with CRAC unit maintenance, which includes poplar fluff removal – vital at this tme of a year.

Every year, just as the heat has finally set in, Moscow is rendered wintry once again—by poplar fluff. It gathers in snowlike drifts and unleashes fearsome allergies. Khrushchev’s postwar plan came with its own green initiative: by the mid-sixties, the city was home to 400,000 black poplars, or one for every sixteen people. The perfect city tree, it absorbed up to four times as much carbon dioxide as other breeds, but with one problem. Poplars come in two genders (the males produce pollen, the females fluff), and nobody bothered to check if all the trees were male—or, for that matter, to learn that excessive tree pruning can make a male so desperate to reproduce that it changes gender. The result sings with irony: The city famous for its six-month winter got three extra weeks of blizzard. 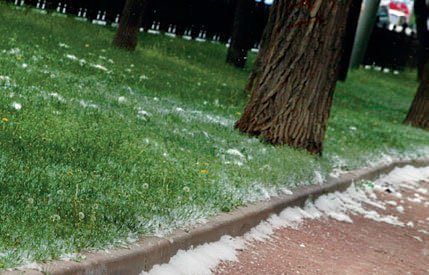