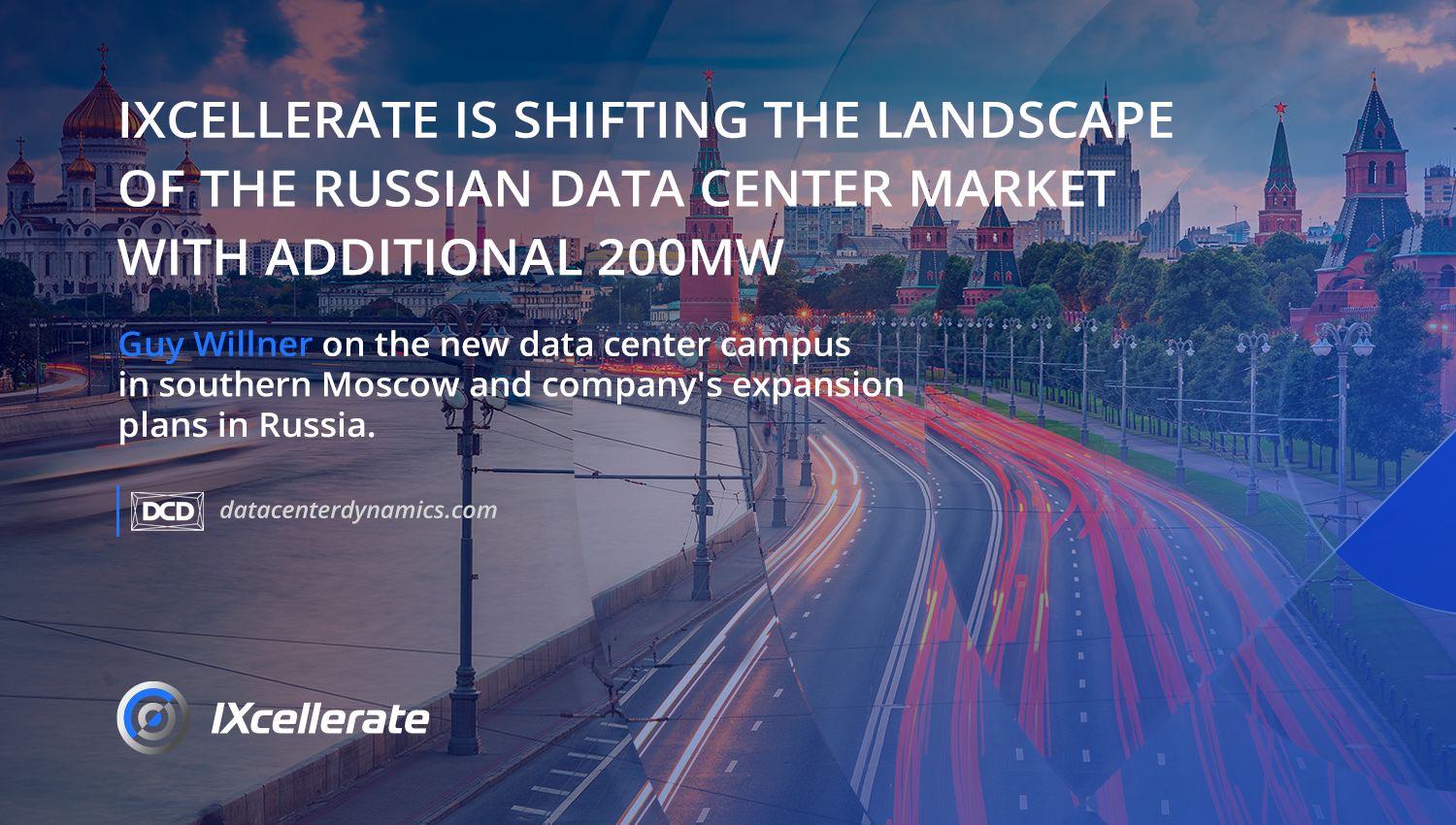 While working in Russia for 10 years, we’ve seen Moscow breaking the record of commissioning new data center capacities – more than once. And there’s no surprise as Russia today is the largest European internet market in terms of user numbers (over 100 million).

Moscow is the key telecom hub on the way from Europe to Asia. Combined with Russia’s intellectual potential, affordable power and hyper cloud dynamics, it drives the digitalization of the country’s economy.

Guy Willner, Co-founder and CEO at IXcellerate, spoke to DatacenterDynamics about the changes expected on the Russian data center market landscape and how IXcellerate plans to expand after acquiring the 34-acres land plot in the southern Moscow.