The COVID-19 pandemic might have eased its grip a little in some countries, but the world is still deeply shaken, and the ripples will be evident in the years to come. Over the course of roughly two and a half months, billions of people locked themselves at homes, severely limiting most of their social activities, such as going to work, shopping, travelling, visiting museums, theatres and cinemas, having friends over, or just simply taking a walk. So it’s no wonder that during the lockdown people began spending more and more time online. As you may know, all Internet activity is happening inside data centers, whom we unofficially call ‘the airports of the Internet’, because that’s what they are: huge physical facilities, which store, process, and distribute all the world’s data. With the increased demand for various online services recently, the reliance on data centers has grown dramatically as the physical journeys that people used to take were replaced with virtual meetings and Netflix binge-sessions. You sitting at home may not notice those shifts, but they are there. And like the many unseen mechanisms that lie in the foundations of modern society, the data center industry too undergoes distinct transformations.

Graphs showing spikes in traffic on popular websites and services between mid-January and late March in the USA.
Source: The New York Times.

Looking at various statistics go up has become, sort of, one of the themes of this pandemic, but Internet-usage is among the most emblematic ones. So let me offer you a behind-the-scenes look at this from the perspective of a data center operator company. For us all these spikes in traffic and a surge of streaming services’ popularity mean a couple of things. First, it’s good for the business (mostly… but more on that later). Second – it’s actually maintaining the environment in which these services run 24/7 under the severe limitations imposed by the pandemic. In that regard, the data center industry has to deal with two major issues:

One is preparedness of the operational teams to maintain the equipment and make sure all the critical systems are running. It is not an issue in itself, but in times when social interactions should be kept to a minimum and any commute is a risk, it has become a balancing act of 1) making sure the client’s IT infrastructure is fine and 2) protecting your own staff. Add to that all those engineers whose presence on site is a must, customers coming to install more equipment, and an environment in which an accidental cough might cause a chain reaction due to the sophisticated air circulatory system – and you get yourself quite a challenge.

At IXcellerate data centers here in Moscow, for example, we established a two-week shift-based work schedule for our critical personnel, and provided them with everything for a sustained risk-free workflow. We limited the number of people who can simultaneously work in a data hall, and set up health screenings several times a day. It all has become a much more controlled process than before, both for our team and our customers. We used to have five levels of physical security and now we added three more on top of that. In case you were wondering – we have a 10-page manual just to explain all the new rules and policies we adopted.

The second issue is more systematic. It’s dealing with the increased requests coming from clients who want to upgrade their platforms. For example, one of our customers, Nvidia’s cloud gaming service GFN.RU, has reported that, over the course of just one month, the number of registered users doubled and the server load tripled. “Isn’t this a good thing?” – I hear you ask. Well, it’s not that easy. You see, in underdeveloped data center markets like Russia, the DC capacity (we call it rack space) is very tight and is being absorbed very quickly. By certain estimates, by Q4 2020 there could be a severe shortage of highly reliable rack space in Moscow. To help the Russian data center industry catch up with other countries, we would probably need to build hundreds of megawatts worth of infrastructure load in the next two years. In other words, demand exceeds supply, and the industry growing by almost 15% a year, stimulated by the pandemic, only adds wood to the fire. Again, this isn’t a bad thing in itself, it’s just that data center owners are now forced to be very creative about how they accommodate new customers and the expansion needs of the existing ones.

Let’s make one thing clear: Covid-19 crisis causes real damage to some data center residents, with those servicing the travel industry, tourism or live entertainment taking the hardest blow. As many businesses around the world, they were pushed to the brink – some survived, some didn’t. The estimate in the industry is that around 20% of data center customers were affected very negatively, 30% not affected at all, and 50% affected positively. These are finance, online retail, streaming, gaming, media, or any sort of work-sharing, work-optimization services, who saw surge of user engagement on their platforms.

Accommodating that growth means increasing your physical IT infrastructure in data centers, so that you can stream more films, store more information and have more people playing online. And that is a critical thing, because if your current platform can only accommodate, for instance, a million users, but you actually have 1.5 million logged in, then you need to increase its capacity and size, otherwise those services might fall over.

So the lingering question is – are we going to see the global datacentre industry reshaped in terms of the operational management guidelines, the sites requirements, and the qualification of the personnel after the pandemic? The answer to that isn’t obvious and depends on the market.

“Russia, for example, has been very focused on the digitalisation of its economy even before the crisis, but now the situation with COVID-19 has forced to act on it faster. And not only Russia: BRICS countries are now too starting to become the new frontiers for the data center development, as global hypercloud players like Google, Microsoft, Amazon and Alibaba begin setting up their IT infrastructure there. For those countries it means there’s more demand for data centers, but it also means that the reliance on data centers is much bigger than just a few years ago. And so is the level of responsibility. This is why we, as one of the industries that enables the global economy to run, have to become more professional, especially those of us who have already been operating for a while and have a reputation. The current crisis is forcing the entire data center industry to become more consolidated and responsible, probably not leaving too much space for the newcomers.” – says Guy Willner, CEO and co-founder of IXcellerate.

There is also this entire separate matter of ‘sustainable development’. It will surely become a major focus of the data center industry going forward, and a key success factor in the future, but that’s a story for another article. 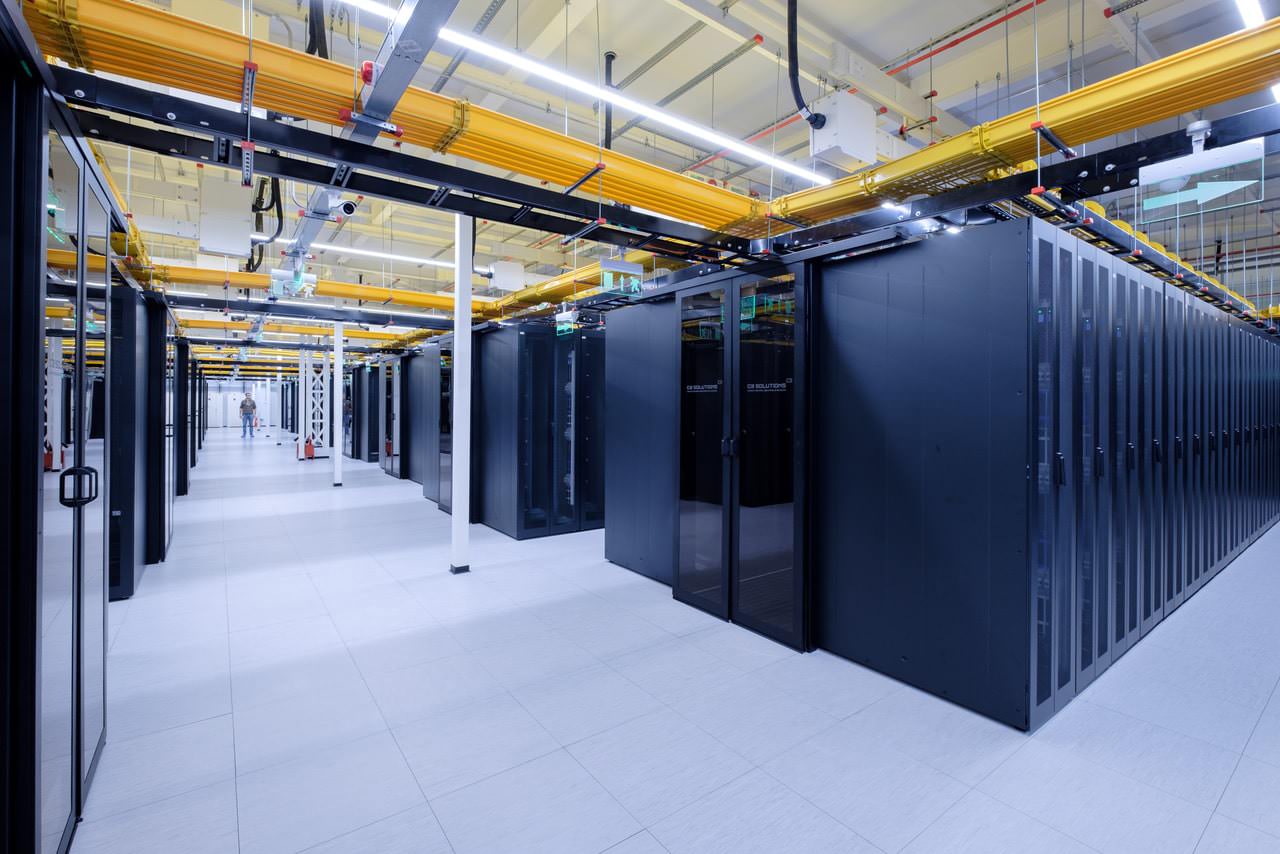